Soomer: “Two podiums are better than one!”

"Two podiums are better than one!" said happy Soomer after repeating yesterday's first achievement. The young Estonian who fought himself on the podium in the Supersport class again had to climb 13 places during the race today.

The conditions on the rainy and cold Magny-Cours circuit were even more difficult today, as only 14 of the 24 riders reached the finish line. The first to fall out of the competition was the World Champion Andrea Locatelli who crashed already on the warm-up lap, the last to fall prey to the slippery conditions was Kevin Manfredi only half a lap before the checkered flag.

Soomer’s start was not very good and at the beginning of the race, he also made a mistake, which dropped the Estonian who had climbed to P9 back to P12. However, he was able to overtake his competitors again lap by lap and rose to P4 place on lap 12. Lucas Mahias and Kyle Smith, who led the race, had already taken too much of a lead by then, but there were only 3.5 seconds between Soomer and Can Oncu, who was then on P3.

"I was riding on the limit, but I knew I was faster than Oncu," said Soomer, who also made the fastest lap of the race on lap 14. The gap with Oncu narrowed to 1.2 seconds, but four laps before the finish, the Turk made a mistake and fell, and Soomer finished the race third. "A great end to the weekend," said the jubilant Soomer who thanked the team for a superb effort.

The last WSSP round will take place on 16-18 October in Portugal.

Soomer holds the 10th position at the World Championships with 91 points. 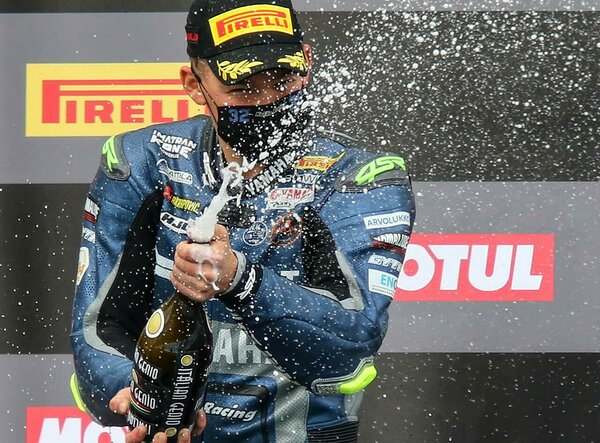 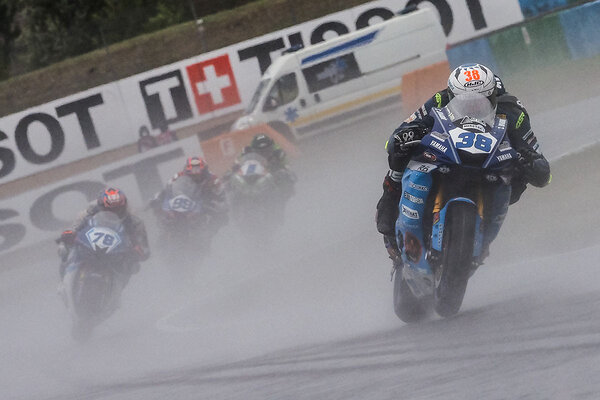