Soomer: “We are Moving in the Right Direction”

The second day of the 9th round of motorbike World Championships was as intense as the first one. The only
difference was that if on Saturday the winner was a surprise - Stefano Manzi -, then on Sunday the leader of the
series took his rightful position again during the last two laps. Dominique Aegerter (Yamaha) won and Federico
Caricasulo (Ducati) who led the whole lineup from the seventh lap onwards lost three positions towards the end
and finished fourth. Raffaele De Rosa (Ducati) and Can Oncu (Kawasaki) - the latter started from P14! - rose to
the podium with Aegerter.
It was a successful day for Dynavolt Triumph as well, even if Stefano Manzi had to retire as Niki Tuuli (MV
Agusta) in front of him fell, but before that he was fighting for top positions. Hannes Soomer could have done
the same if it wasn’t for his injury yesterday and the resulting treatment with antibiotics. He was fast, his best lap
was even a few tenths of a second faster than his teammate Manzi’s, but the drugs doctors had precribed made
him severely dehydrated and towards the end he could not keep up with the lead group. Nevertheless, he finished
eighth.
“All in all the feeling is good and I like these two 8th results better than the 5th I achieved in the Netherlands,”
said Hannes after the race. “We are moving in the right direction and have overcome many growing pains.
Although there is plenty of room for improvement with both engines and aerodynamics - Triumph’s top speeds
are 5-6km/h behind others on straights - we have achieved stability and can fight for top positions with the
fastest competitors. That whets the appetite and makes us look forward to the next round.” Not long now, the
next round is held in Argentina in two weeks (October 21-23, 2022). 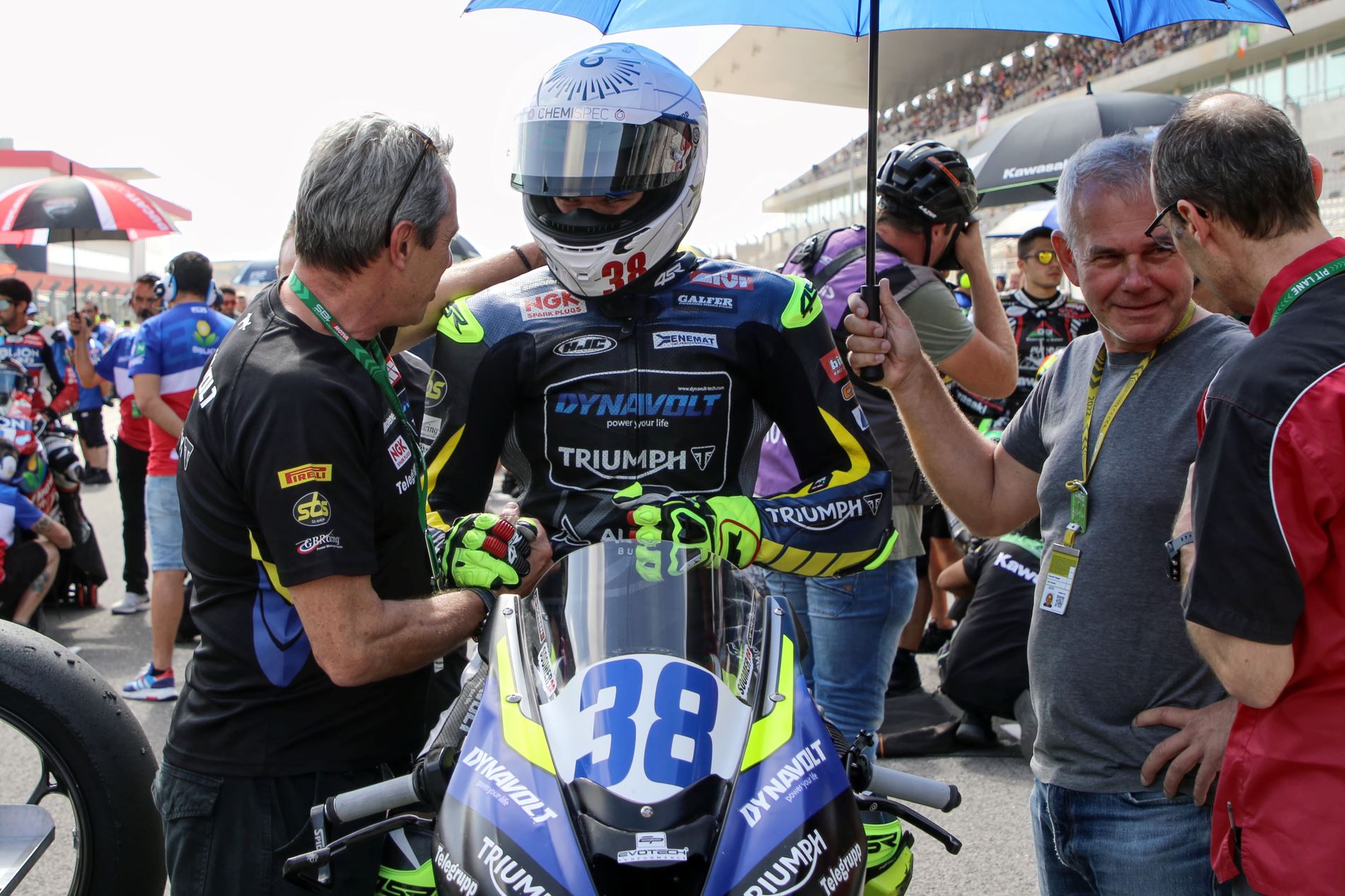