Hannes Soomer Came In 8th In Spite Of An Injury

In a bleak October it is hard to believe that somewhere there is so much sunshine that track temperatures rise
easily above 40ºC! Like at Algarve racing circuit in Portugal that hosts the 9th round of motorbike World
Championship series. This is the last round in Europe for this season, and in class World SSP both Dynavolt
Triumph riders put on a show to remember.
First we need to congratulate Stefano Manzi who started from the 4th position and took the first victory for
himself and the team, since in this class Triumph as a producer had not won yet. It was a bitter fight from
beginning to end in the first race of the ninth round, and its seriousness is perhaps best characterised by the fact
that even if the leader of the scoreboard was given a brief chance to lead the race he was pushed out of the
podium team by the finish line.
In other words - Manzi was followed by Lorenzo Baldassarri (Yamaha) and Federico Caricasulo (Ducati);
Dominique Aegerter (Yamaha) had to settle for the 4th position. There was an accident in another class and
therefore the World SSP race was shorter than usual (all rescue helicopters were away from the track and thus
the number of laps was cut to twelve) but it was no less fierce - final results show that the other Dynavolt
Triumph rider Hannes Soomer finished eighth, losing only 6.4 seconds to the leader.
For Hannes the morning started nicely enough since the bug that had been pestering the bike at straight speeds
was finally caught, and although there was room for some fine tuning all TOP10 riders were suddenly with reach
again. Unfortunately the Estonian fell right in the first lap of the qualifying race, injuring his hand (cut off a tip
of his finger, lots of blood and pain), but in spite of all this he just changed his blood-soaked glove for a dry one
(!) and got back on the bike. His award was the 8th position both in qualifications and in the 1st race.
We hope the pain will become less by morning and all signs point to a good day at the Dynavolt Triumph camp.
Live broadcast will start at 14:30 our time. 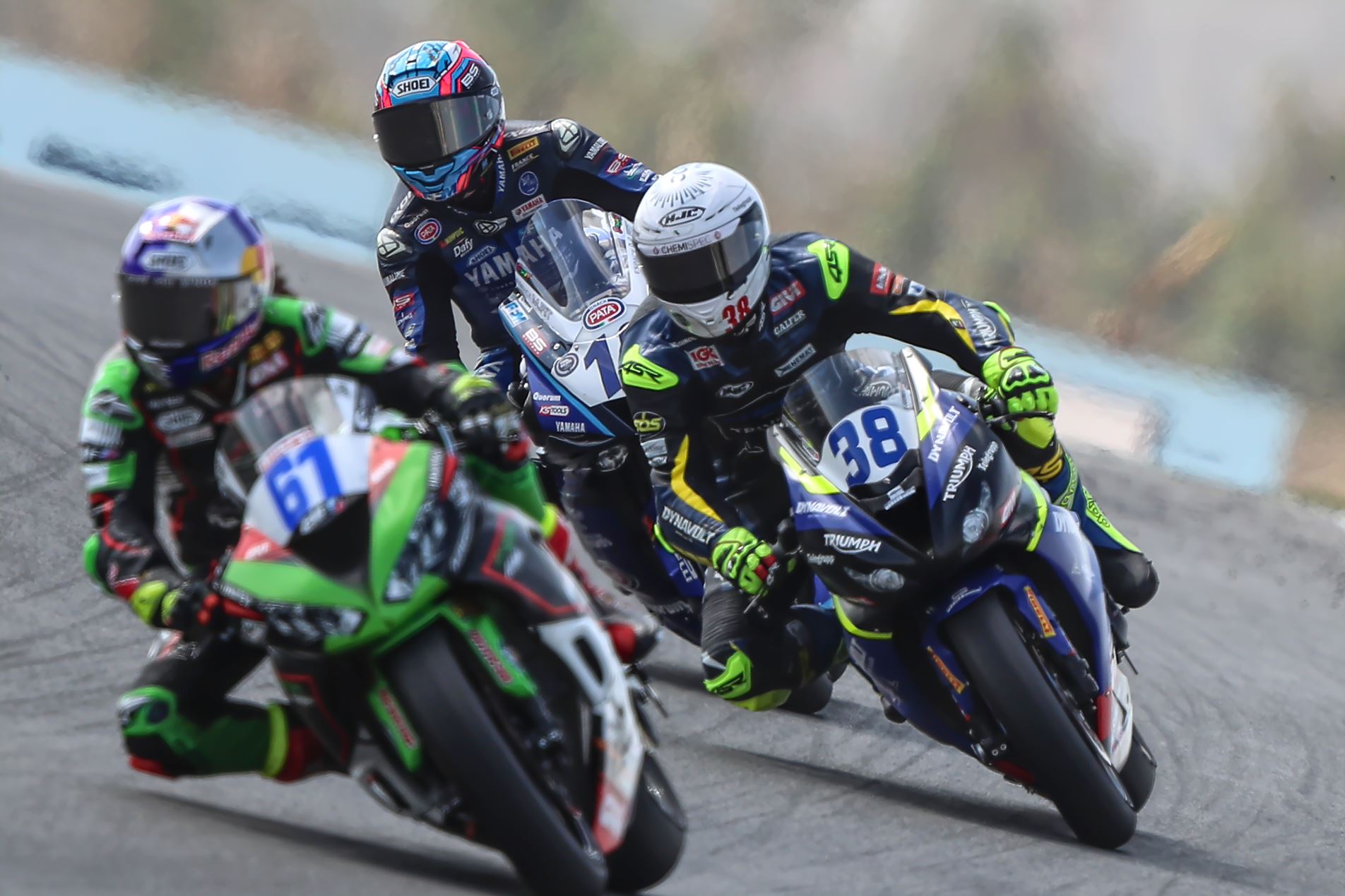